You Are Here: Home » Travel » How To Have An Enjoyable 1-Day Tour In Milan

How To Have An Enjoyable 1-Day Tour In Milan

It goes without saying that Milan is a superb destination to spend a vacation in. And what if you have already seen all the most interesting sights of the city, have checked out its major stores and boutiques, and still have a couple of free days before leaving home?
Taking a tour to Milan’s surrounding area is a great choice to spend the remaining time of your trip with fun!

The outskirts of Milan are renowned for small but very picturesque towns, visiting which will make you remember the vacation in Italy for a lifetime! So, now let’s consider six amazing destinations in Milan outskirts, which are worth a visit whenever possible.

This lake is located in the outskirts of Lombardy, just half an hour drive from Milan. It is surrounded by the greenery of Italian nature and mighty Alpine slopes.

Dozens of small towns located nearby are rolling in the golden rays of the sun and fragrance of nature. 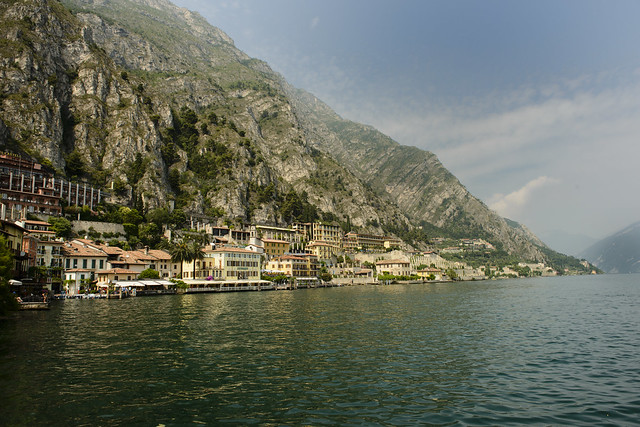 Lake Garda is not only the biggest Italian lake, but is also remarkable for its diversity. The cliffy mountains are combined there with sandy beaches and olive groves, giving the scenery a Mediterranean flavor.

The charm of culture and the healing effect of the local springs add to the marvelous scenery. Visiting Lake Garda is recommended to those who need a complete tranquility and absolute relaxation.

Pavia is located 35 km southward of Milan and is the central town of the medieval Kingdom of Lombardy.

Among the local attractions special attention deserves the University of Pavia, which started its history in the 9th century A.D. and is known for its graduate Christopher Columbus.

Another sight is the Cathedral, the construction of which was conducted by Leonardo da Vinci and Bramante. The Romanesque San Michele church of the 11th century is located nearby.

The other attractions of Pavia are Basilica di San Pietro in Ciel d’Oro, which contains the remains of the great figures of the late antiquity, and which is mentioned in the “Divine Comedy” by Dante; Basilica di Santa Maria del Carmine; Romanesque towers scattered throughout the city, and of course the Visconti Castle, which used to be the major residence of Milan governors.

The trip to Pavia takes about half an hour drive from Milan’s main railway station. Another convenient way not only to get to Pavia, but also to move around Milan is a rental car. By means of http://italy.rentalcars24h.com/milan-airport-malpensa you can easily choose a suitable car and reduce the transportation costs during the whole trip.

Bergamo is located around 40 km northeast of Milan and is divided into the upper city and the lower city. 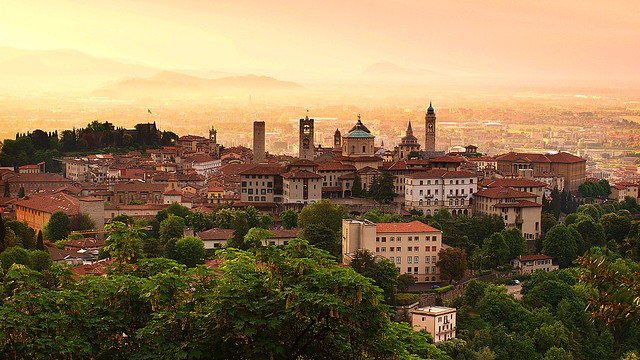 The city walls, rebuilt from the Roman fortifications, cobbled streets and Renaissance buildings of the upper town carry visitors to the Middle Ages. The Accademia Carrara, located in the lower town, is home to one of the best Italian art galleries. Its collection includes the works by Botticelli, Raphael, Bellini, Moroni, Galgario, Canaletto and many other artists, as well as sculptures, prints, porcelain and antique furniture.

Numerous churches of Bergamo, along with the grand castle on the rock, dating back to the XIV century are also of a big interest among tourists.

The small Italian town of Cremona is located about one hour drive from Milan. It is primarily known as the birthplace of such famous violin makers as Stradivari, Guarneri and Amati. Today around one hundred artists there are making magnificent musical instruments, famous throughout the world for its quality.

The city offers to check out its numerous violin museums, where the works of the great violin masters are exhibited. In addition, in Cremona you can see such masterpieces of Romanesque-Gothic style as the 12th century Baptistery, the Cathedral, Torrazzo bell tower, which is one of the highest manually constructed bell towers in Europe and the oldest Cremona buildings – Loggia dei Militi and Palazzo Comunale.

Stresa is one of the most imoressive coastal towns of Lake Maggiore, located in the Piedmont region, 90 km north-west of Milan. Like the other coastal resorts, Stresa primarily attracts by its scenery as well as historical and architectural monuments. 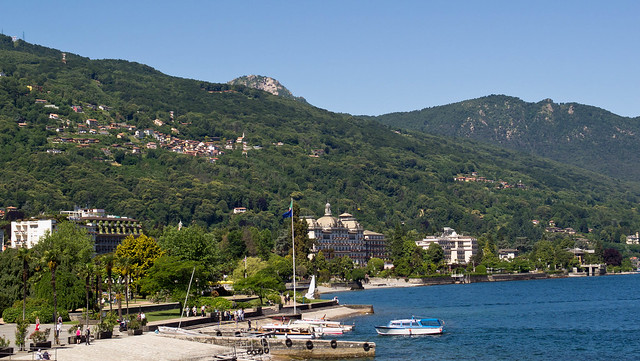 In general, Stresa can be described by expensive hotels, old villas, golf, skiing, the mild climate and snow-white peaks of the Alps. It is the place for a prestigious and expensive holiday. But the expenses there are justifiable. Once you visit this aristocratic and beautiful city, it will be impossible to forget it!

Parma is located 120 kilometers south-east of Milan. It has gained the reputation of the culinary center of Italy; it is the place where the famous Italian Parmesan cheese and delicious Prosciutto ham are produced.

Modern Parma is a large populous city, where you can find architectural monuments of different historical periods, scenic parks for outdoor activities and plenty of entertainments. However, the main advantage of the city is considered to be its cultural heritage that has been preserved till nowadays. The main Parma attractions are concentrated in the Cathedral Square.

In addition to the historical sites, Parma is famous for the ham festival, which takes place in the middle of September at Garibaldi square and attracts lots of tourists annually. 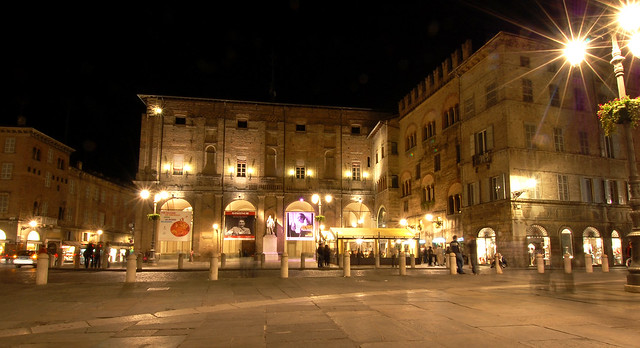 Well, now, for sure, if during the visit to Milan you have a couple of days left without particular plans, you won’t become confused searching for the ways to spend them usefully and with interest.

Grab your camera, map and cash and head for the new experiences and impressions! Yet so many interesting things are waiting for you in Milan outskirts!

Author Bio: Lily Berns shares her experiences of the travels and what she has learned during her trips.