You Are Here: Home » Technology » RIM Trying To Make A Comeback

RIM Trying To Make A Comeback

Analysts believe RIM poised to lose the cellular war, but BlackBerry fans recall when another popular company lost control of their market share a decade and a half ago. Just like RIM, that company posted huge financial losses and received plenty of criticism. At the same time, everybody expected it to lose everything.

A few years later, it happened to be one of the leading innovators in the mobile industry. The company continues to flourish as it is steadily gaining market shares every year. American handset maker Apple proved the world wrong as it climbed back to the top with the same approach than RIM.

That same approach consisted of the following essentials: keeping the company simple and minimizing compromise as much as possible, learning to deal with its new operating system and introducing a new and interesting culture into the mobile world. At the same time, Apple continues to be innovative as it continues to release new products through major breakthroughs. 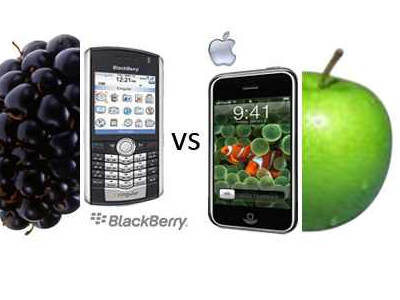 If Apple can do it, so can RIM, right? If RIM tries its best to replicate the success of Apple then it should be able to bounce back. It’s possible but it will be very difficult. The person who pushed Apple to the success the company is enjoying today is Steve Jobs. RIM has no Steve Jobs. Instead the company has a newcomer who’s willing to do whatever it takes to bring BlackBerry back to the top. While Steve turned the tables with the Apple iPhone, RIM CEO Thorstein Heins will usher in a new era with a new platform: BlackBerry 10, which will be released early 2013.

If there’s one thing that closely connects RIM and Apple together, it’s their ability to retain a huge customer fan base despite significant financial losses. RIM will have to work hard to get a lot of things done but for a company whose market value is rapidly declining, BlackBerry may not have the chance to turn around quickly. Although nothing is impossible, RIM will only have one shot to make another impression.

Will RIM surprise the mobile world and be able to bounce back like Apple did? BlackBerry is rumoured to completely change inside out, and the company is entering a realm where it is placing importance on the needs of consumers. This is a far cry from the traditional approach of making decisions for the products and services based on the perspective of executives…

Want to read more from the same author? Check out this preview of BlackBerry 10…