Blackberry used to a be a good mobile business way back then but its weakness lies solely on not letting its company be the top manufacturer in today’s competitive market. With the issues ranging from outage problem with BlackBerry devices such as their smarphones and tablets, BlackBerry had to force its hand and give up its position to other fiercely driven competitors in the market. The surprising thing about BlackBerry is that it never really lost anything. The issue here is the fact that it made only fewer profits ever since Google’s Android was newly launched several years ago as well the advancements made with Apple’s iOS. The thing that makes Android all the more attractive it is an open market that continuously attract developers. This is something not seen in all of BlackBerry’s handsets. Even though last year was the time when a plethora of mobile devices exploded including those that featured wireless capabilities, RIM couldn’t help but be puzzled with its inability to attract developers. Some say the company is too old fashioned when it comes to marketing while others say their development strategy is far less attractive.

Recent reports say that RIM is actually trying to pick itself back up from its previous losses. At a recent conference, the company revealed that they’ve made huge strides in putting in tweaks to its new line of devices. RIM revealed several months back it would release a tablet on February of this year. RIM will also come to the rescue and revamp the version 2.0 of its tablet.

One of the biggest news that you’ll hear from BlackBerry is its Android support feature. This would mean Android applications can be configured and tweaked in the RIM market store to give it a feel for its apps. It is definitely good news to developers who are willing to explore the BlackBerry operating system. This would give them a chance to expose themselves to a lot of things that would eventually make BlackBerry devices useful. Even gaming applications that run on RIM’s 3D module ran smoothly without a hitch. 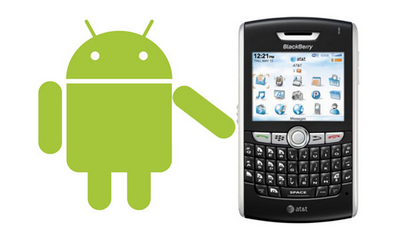 With the improvement RIM made with its tablet plus the fact that it already features over 60 million subscribers, it indeed represents an attractive number that would lure developers for BlackBerry. They can make use of this and generate income as RIM tries to lure back its lost customers. With a new platform, developers can take full advantage of its features and use those same features to integrate it with BlackBerry’s native apps.

If you have no idea what NFC stands for, it basically means “Near Field Communications.” Such feature helps support short range wireless technology. This has been in the clouds for quite some time and many are wondering when it’ll actually be part of RIM’s devices. The goal of NFC is to allow users to make purchases online with just a couple taps on their phone. 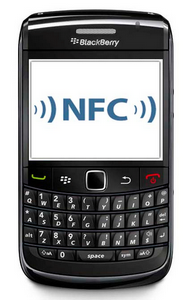 If you think about it, RIM is poised to make a comeback after a disappointing period of years. Everyone is hoping that the new ideas and innovative features will hopefully bring them back to the top where it once was.

Want to read more from the same author? Check out this post on BlackBerry Desktop Manager.